Benzodiazepine addiction and abuse is a serious problem across the world.

The use of benzodiazepines (also called benzos) has increased dramatically over the past few decades, with the most recent increase in their use being attributed to the introduction of new drugs such as Xanax.

Whilst these drugs are prescribed for anxiety disorders, insomnia, or muscle spasms; however, they have become increasingly popular among people who misuse them recreationally.

This is because they can be highly addictive and cause severe withdrawal symptoms if used without medical supervision.

This article will explore the effects, signs, and symptoms of benzodiazepine addiction and abuse.

Benzodiazepines are A class of drugs that have been used for many years to treat anxiety, insomnia, muscle spasms, and seizures.

They are characterized as having a sedative effect on the central nervous system (CNS) and they are often prescribed in combination with other medications such as antidepressants or antipsychotics. They can also be taken by people who do not require medical treatment.

Benzodiazepines come in different forms including tablets, capsules, liquids, and injections. They are available over-the-counter without prescription but may need a doctor’s approval if you are taking them regularly.

It plays a key role in learning and memory processes.

The effect of this interaction with the brain is to reduce anxiety and help calm down the body. This makes it easier to sleep at night and reduces muscle tension. However, long-term use of these drugs has been linked to physical dependence and withdrawal symptoms.

When taken in low doses benzodiazepines can actually increase alertness and improve concentration. But when taken in high doses they can cause confusion, hallucinations, dizziness, agitation, aggression, depression, and even suicidal thoughts.

When taken in conjunction with alcohol and/or other CNS depressants, there is an increased risk of overdosing and death.

Benzodiazepine consists of powerful and potent compounds that significantly interact with critical areas of the brain responsible for regulating mood, emotion, and behavior. These substances are highly addictive and can lead to severe psychological problems.

Abuse of benzodiazepines can result in a variety of adverse health conditions including:

Substance abuse is characterized as compulsive substance use despite negative consequences. Substance abusers will continue using their drug of choice until they experience significant harm.

There are many factors that can contribute to benzo abuse. The sedative effects of benzodiazepines make them useful in treating anxiety disorders.

However, prolonged use of these drugs can produce tolerance and dependence.

The Signs And Symptoms

The following are some signs and symptoms of benzodiazepine abuse:

The signs of someone misusing benzodiazepine are often subtle. Some people may not realize that they have become addicted until their life becomes unmanageable. Others will seek treatment because they want to stop abusing the substance.

If you suspect that your loved one is abusing benzodiazepines, now is the time to seek assistance.

They can also occur in people who do not appear to have any underlying co-occurring disorders. In order to treat these disorders effectively, it is important to identify the problem early on.

Benzodiazepine addiction is characterized by compulsive use of this class of medications. It is very difficult to quit using benzodiazepines because of the physical and emotional cravings associated with the withdrawal process.

This is why it is imperative that those who suffer from benzodiazepine addiction receive professional help.

Taking benzodiazepines for prolonged periods carries a significant risk of abuse. Many people who develop an addiction to benzodiazepines end up abusing other substances such as alcohol or cocaine.

In addition to the risks associated with benzodiazepine addiction, there are serious health concerns related to the long-term use of these medications.

These include adverse effects such as cognitive impairment, memory issues, increased risk of suicide, sleep apnea, heart disease, stroke, and even death.

There are many reasons why someone would choose to self-medicate with benzodiazepines. For example, if you are depressed, anxious, stressed out, or having trouble coping with everyday life, benzodiazepines can provide relief.

However, when taken regularly over a period of time, benzodiazepines begin to lose their effectiveness. When this happens, the user must increase his or her dosage. The result is a vicious cycle of increasing dosages, which leads to greater reliance on the drug.

They feel compelled to continue taking the drugs despite the fact that they are no longer providing the desired effect. This behavior is referred to as “tolerance”. Tolerance means that the body needs higher doses of the drug to achieve the same level of euphoria.

Over time, tolerance builds up and the individual requires increasingly large amounts of the drug to feel its effects.

When a person reaches the point where they cannot function without the medication, they have reached what is known as “withdrawal syndrome”. 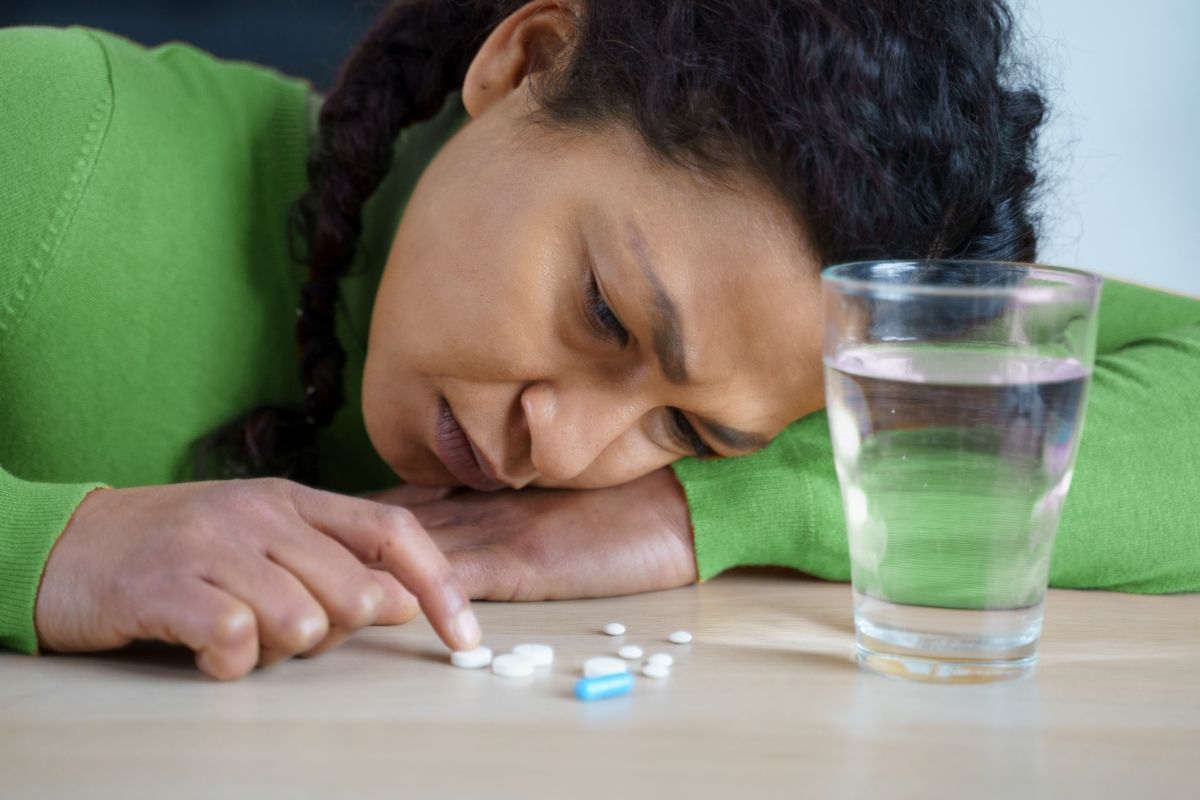 The Risks of Benzodiazepine Withdrawal

It is extremely dangerous to stop taking benzodiazepine cold turkey. This is especially true for individuals who have been prescribed high doses of these medications for extended periods of time.

There are several reasons why stopping abruptly could cause severe side effects.

Some common signs and symptoms of withdrawal include:

During detoxification, the patient gradually reduces the number of benzodiazepines they take. Once the person has stopped using the drug completely, he or she enters the maintenance phase. In this stage, the individual takes a low dose of the drug daily to prevent relapse.

During detoxification, the patient slowly weaned themselves off of the drug. The goal of this process is to reduce the severity of withdrawal symptoms and minimize the risk of experiencing serious complications such as convulsions and delirium.

There are three types of detoxification programs

In-patient treatment is where patients stay at a facility for a period of days or weeks while being treated under medical supervision. This type of program usually includes counseling sessions and group therapy.

Out-patient treatment is where patients attend weekly meetings with their doctors and receive support from counselors. This method allows patients to remain independent while undergoing treatment.

These groups offer information about the dangers of benzodiazepines and help people get through withdrawals safely.

Once the patient has completed detoxification, they enter a maintenance program. In this stage, they continue to take a low dose of the medication every day. They also participate in outpatient counseling and psychiatric evaluations.

Relapse is defined as any return of substance use after a period of abstinence. It can occur during either the detoxification or maintenance stages of treatment.

The risk of relapse increases when the following conditions exist:

Benzodiazepine relapse is a real risk and one that many fear. However, relapse is not something to be ashamed of as should instead be seen as a part of the journey to recovery. The important thing is that those who relapse, continue to seek treatment and work on maintaining sobriety.

However, there is hope. There are many treatment options available designed to help those suffering from substance use disorder get their lives back on track.