Many Americans who seek treatment for an alcohol addiction often feel they’re not able to quit their job because they feel they can’t afford to lose their income.

Some people may be worried that they will lose their jobs if they seek treatment, while others may feel burdened by the knowledge that their company cannot function properly without them.

This is a real issue for those individuals who are operating at the highest levels of their professions, including Chief Financial Officers (CFO), Chief Executive Officers (CEO), and Chief Operating Officers (COO).

Addiction affects everyone, regardless of their education and professional backgrounds.

According to the National Institute on Alcohol Abuse and Alcoholism (NIAAA), Americans with a college degree and who fall under the high-income bracket are more likely to drink than other Americans; whether this is a result of stressful jobs or high-energy lifestyles is unclear, but the figures speak for themselves.

According to the stats, 78% of those earning $75,000 or above were drinkers and regular consumers of alcohol, in addition to 80% of college graduates.

By contrast, just 45% of those interviewed who earned less than $30,000 were drinkers and just 52% of those with only a high school education.

When someone has a lot of responsibilities, they may delay seeking treatment for fear of jeopardizing the success of their business, as well as the stigma that follows addiction.

Fortunately, there are high-end drug and alcohol rehab centers where executives can go to receive treatment while remaining connected to the workplace, and involved in their livelihood.

These are known as Executive Treatments.

An inpatient rehab facility will usually cut off its residents from the outside world with absolutely no contact with friends and relatives, no cell phone, and no computer access at all, and the purpose of this is to ensure that the patient is able to focus solely and entirely on their recovery, without being stressed or influenced by external factors.

In contrast to this, patients at an executive rehab center will have access to computers and phones, as well as possibly private conference rooms where they can commit time to their professional responsibilities.

Staff and management at executive drug rehab centers know that work is still a top priority and can offer a less rigid schedule for their patients.

Patients may also be permitted to travel for business purposes, as well as use private rooms so that privacy can be maintained during meetings and other work responsibilities.

For someone who holds a top-tier position, such as a CFO, COO, or CEO, the main reason they turn to drugs or alcohol tends to be as a coping mechanism to combat stress, anxiety, and the high pressures of their job. While undergoing executive treatment, patients can learn coping strategies to help them deal with stress in the present.

Privacy and discretion are two of the most important aspects of these treatment centers, as there tend to be high-profile participants or inhabitants.

There is often a concern that a public visit to a treatment center could have negative repercussions for the business, and so high levels of privacy, discretion, and subtlety are essential.

Addiction is still stigmatized, and even those without apparent negative consequences such as public breakdowns,

convictions, or other immediately obvious issues may face high levels of social rejection, discrimination, and stereotyping if their addiction is brought out into the light of the public.

According to research conducted by the Drug-Free America Foundation, the majority of healthcare professionals admit to holding a negative opinion of drug users.

This judgment and disapproval can play a major role in individuals seeking treatment for addiction and, for many, is one of the most significant obstacles in their path.

When someone is employed in a position of authority or power, they typically command a great deal of respect from their employees.

As a result, many individuals are likely to have valid concerns about losing the respect of their employees and workers if it is made public knowledge that they have taken a leave of absence from work in order to attend treatment at an inpatient facility.

Concerns over stock prices and the value of the company can also be major issues, and this can slow the path to recovery, as patients turn back to their old vices to cope with this new stress and anxiety.

Because executive treatment centers prioritize confidentiality, their patients don’t have the opportunity to worry about whether their coworkers know they’re there – they can maintain their work even while they are in treatment, meaning that there is no notable absence; in many cases, their employees will not even be in a position to realize that anything is amiss.

This may be a very crucial consideration for patients and individuals who, as part of their role, are responsible for serving as mentors and teachers to younger colleagues and employees.

Acting in this capacity means that you have certain responsibilities, and are even less likely to want a stint in a drug and alcohol facility to tarnish their status and reputation. 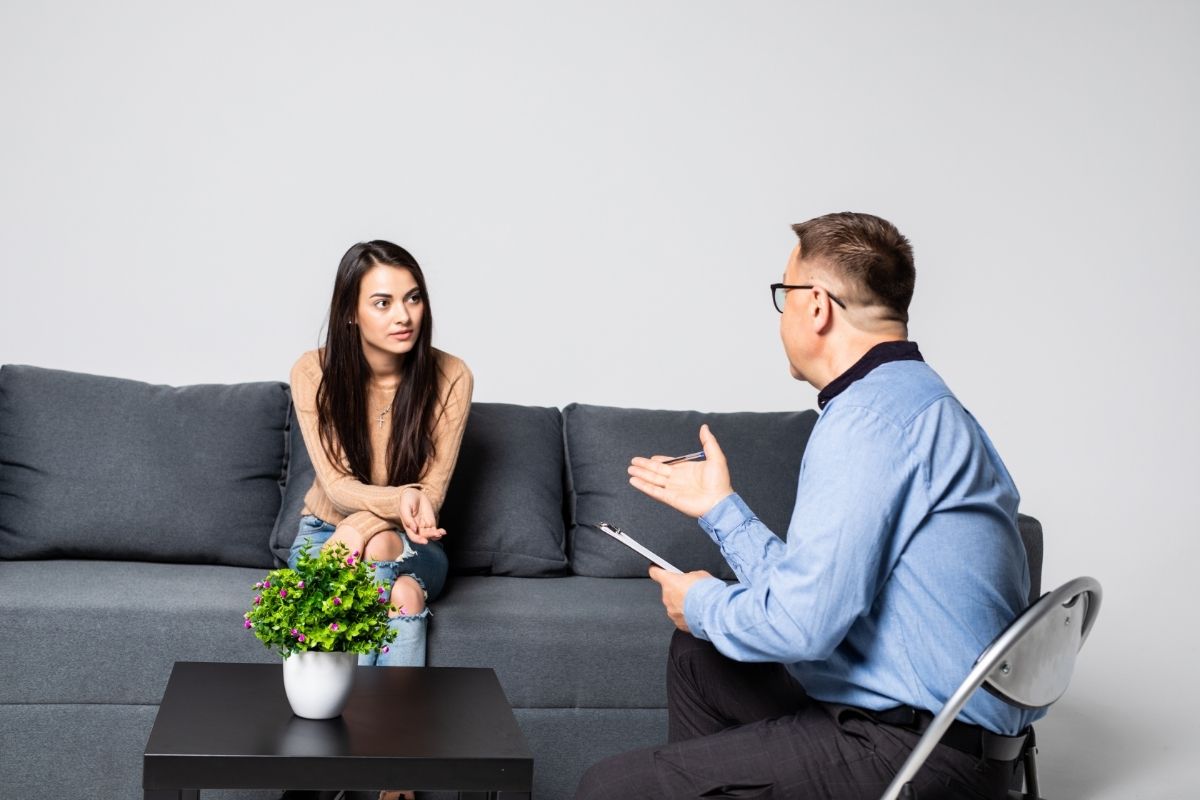 Considerations When Checking Into Executive Treatment

There are a number of factors that will be considered when you sign up for Executive Treatment, and these will need to be carefully considered prior to starting treatment, to ensure that this is the right path for you, and while you are in the program. Some of the main considerations include:

On average, executive treatment facilities cost $6,000-$9,000 per month and may range up to $60,000 per patient once they reach complete sobriety.

In some countries like Australia and New Zealand, insurance companies provide coverage for these services, but others charge a fee regardless. The cost of attendance depends on both the type of program being attended as well as the length of time spent.

For those seeking executive treatment, it’s a huge financial burden to bear on their own, which is why many seek financial assistance from family members or friends.

However, because they are paying for the service themselves, they should expect to incur the full cost of their treatment, including all expenses related to traveling to the center.

The benefits of executive treatment extend beyond the direct gains for patients involved in the program.

It has been shown that employees whose supervisors recognize their efforts to combat workplace substance misuse problems tend to have better job performance and increased productivity.

Furthermore, employers who take measures to promote positive employee relations and reduce absenteeism may see improved business outcomes, as employees are able to concentrate on their jobs rather than focusing on their addictions.

The benefits for both parties are clear. But the question remains: does the benefit outweigh the costs?

While the answer to this question varies depending on individual circumstances, executives often find that the returns on their investment into a healthy workforce exceed the initial outlay.

The benefits for the companies doing business within the country are immense. This is one reason why executive treatment centers have become so popular.

While there are several different models available, many fall under one of the following categories:

These programs last anywhere between 6-12 months at the longest and involve living in an apartment or hotel-like setting (with meals provided).

Patients who participate in these programs typically experience great success with their recovery and often return home with renewed motivation and purpose.

An example of this would be the 12-step program developed by Alcoholics Anonymous. While not everyone who attends AA is alcoholic, most people who attend do share common characteristics, and thus make for a suitable environment for participants of all kinds.

Offering similar services to inpatients, in addition to group therapy sessions and individual counseling, outpatient programs can last indefinitely, though the average length is around 3 months.

These types of programs tend to offer lower rates than inpatient centers and are usually less expensive.

Similar to long-term rehab houses, residential programs are places where individuals live together, in order to receive support from each other and get back on track with their lives.

Some might argue that this model isn’t quite as successful as the others; however, a number of statistics show that people who participate in an extended period of time at this level of care end up doing just as well as those receiving medical attention during inpatient stays.

There are certain institutions that require payment upfront in order to enroll in their specific program. A partial payment plan can help you save money while still receiving the same kind of service as if you were paying straight forward. Partial payment plans will allow you to pay according to your financial ability.

The Reasons Behind The Addiction

A large aspect of the rehabilitation process involves exploring the reason why the individual has been driven to addiction in the first place.

It is no secret that many high-flyers are under tremendous stress and pressure, and this tends to be played out in a public and high-profile role, all of which comes together to increase the risk of suffering from substance abuse. Some of the main factors which may have an impact include:

These are just some of the reasons why people might develop an addictive personality. There are plenty more, and the inherent addictive nature of these substances should not be underestimated; they are designed to hook people in and keep taking the drug, or drinking the alcohol.

There are many other causes that may be present alongside these and it’s vital to explore them thoroughly before making any decisions regarding treatment.

There is no one-size-fits-all solution when dealing with drug abuse, so it pays to consider all the options available before deciding which course of action to take.

Speaking to a trusted confidant, such as your doctor, therapist, or another medical professional, can help to ensure that you have all the facts you need to make a confident decision.

Business executives are just like other professionals who struggle with addiction, including doctors, lawyers, and pilots, in that they’re reluctant to seek treatment because of various reasons.

Substance abuse is often stigmatized and people who use substances are often ashamed of their behavior. Other reasons might include concerns over handing control of your business to colleagues during the recovery process and the risk of losing your job at the company.

Alternatively, many executives fear that their reputation could be tarnished irreparably by connections with drugs or alcohol.

Executives usually try to avoid using substances on their own because they want to maintain the highest degree of privacy.

This decision can be difficult and sometimes dangerous, as withdrawing from opioids, drugs or other substances can prove to be uncomfortable at best, and potentially life-threatening in the worst-case scenarios.

A supervised detoxification and a professional rehabilitation program are usually necessary for a successful recovery and long-lasting sobriety, and executive treatment offers a way to fit this in the lives of high-flyers.