How Much Do NFL Fans Actually Drink? 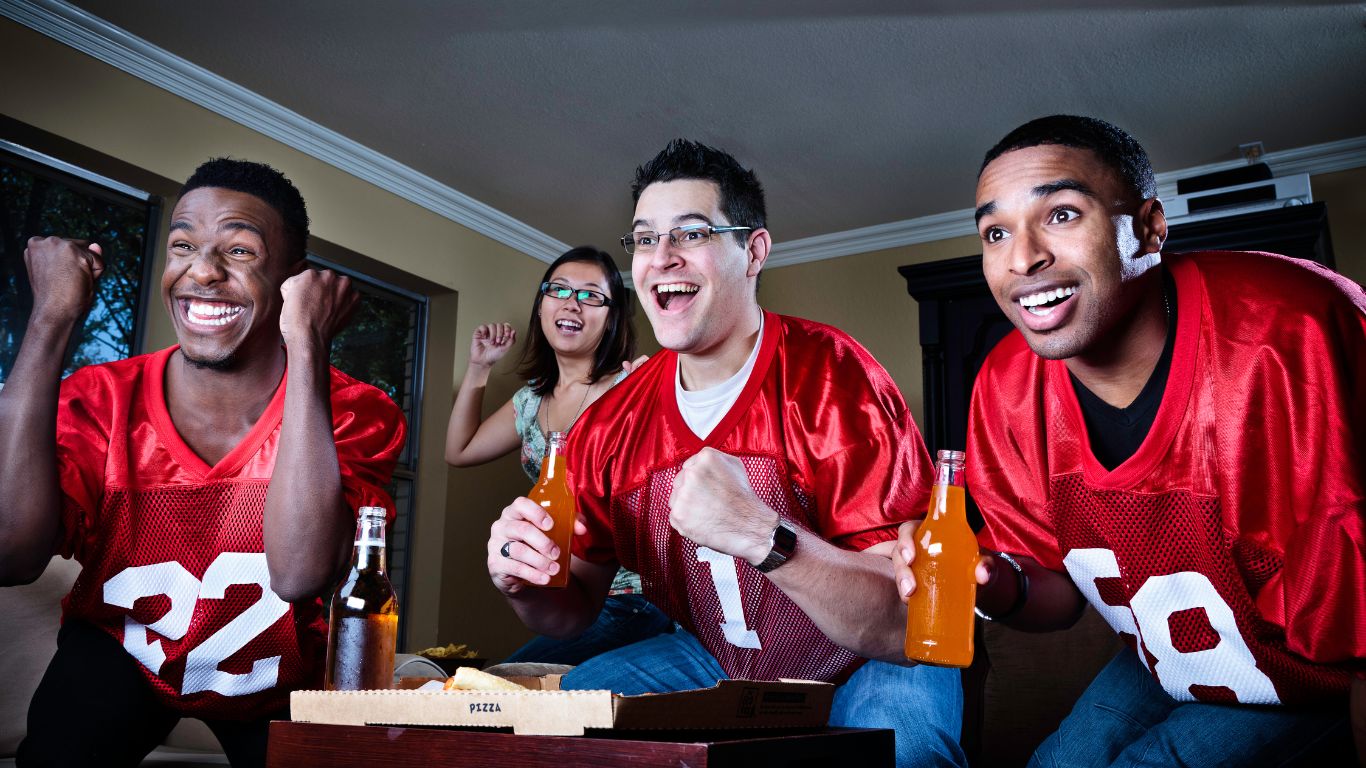 Whether watching a sports game at home or attending a live event, drinking is standard for many sports fans. Sports are notorious for tailgating parties, viewing parties, and drinking at the games themselves.  A survey1 found that an average of 3.7 alcoholic drinks are consumed while watching a sporting event. Some sports have higher association with alcohol beverages than others, with MMA and UFC fans drinking the most compared to other sports.

People tend to drink more at a live sporting event than sitting in the living room watching it, which may be due to the intensity of the environment and what that in-person experience offers. NCAA fans on average consumed the least number of drinks while at home or at an event. Marketing during sports games also targets alcohol consumption.

How much NFL fans drink can be quite staggering. Many football fans start drinking way before kickoff during tailgate parties or viewing parties. Many people use football game days as an excuse to binge drink and start the party early, especially for daytime games. A survey2 found that nearly 1/3 of people surveyed reported pregaming two hours before the game began on average and on average involved three or more drinks. Playing drinking games that enable binge drinking such as beer pong and flip cup is also quite common during tailgating or pregame parties. These fans are also likely to continue drinking through the game, including at the stadium. Many also view celebrating their team’s success or drowning their sorrows as an opportunity to continue drinking after the game. Heavy drinking can result in ugly consequences, especially when emotions are high, such as verbal or physical altercations, driving under the influence, run-ins with the law, blacking out and vomiting, and of course the terrible next day hangover. 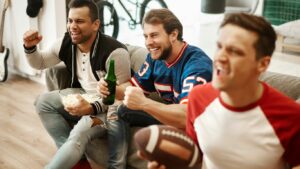 Which NFL Fans Drink the Most?

A recent report3 from SportsHandle examined and ranked the country’s biggest NFL fan drinkers in 2021. They surveyed 2,013 NFL fans of legal drinking age and found that the top 10 teams who drank the most and average drinks per game were:

How to Stay Sober During Football Season

With fall underway, so is football season and subsequently day drinking as well. For those in recovery, especially in their first year of recovery, this can be a challenging time of the year of sobriety because of more temptation. Also, drinking and watching sports goes hand in hand for many people and may bring up triggers. Just as you learned coping skills in drug and alcohol rehab, you can learn tools and skills for keeping sober during football and sporting events. This is one of the reasons why aftercare programs are so valuable for recovery in the first year. As you start to experience life again in sobriety, triggers you did not realize or thinking about start to come up and ongoing recovery work can help you face these triggers head on.

Some ways you can stay away from drinking during football season include:

Start Your Recovery at TruPath

If you or a loved one needs help, we encourage you to reach out to us. Our caring and knowledgeable staff can provide you with resources and help you find the right treatment program for your individual needs. Please do not hesitate to contact us today.

Alcohol Rehabilitation Near Me
November 14, 2022

Navigating the Stigma of Mental Illness and Addiction
October 17, 2022